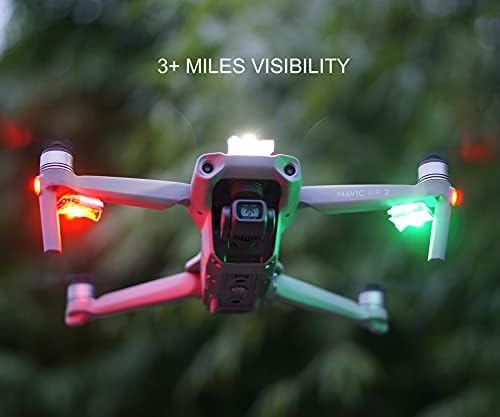 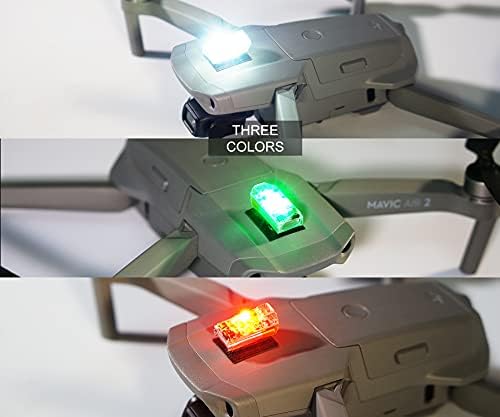 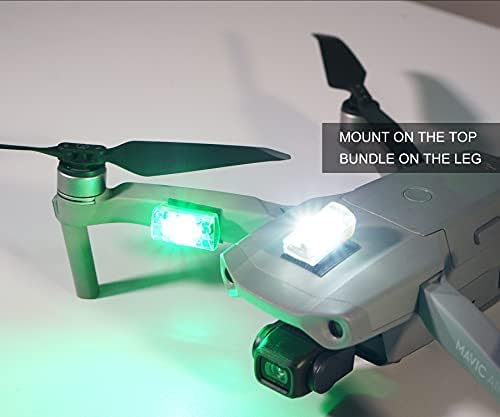 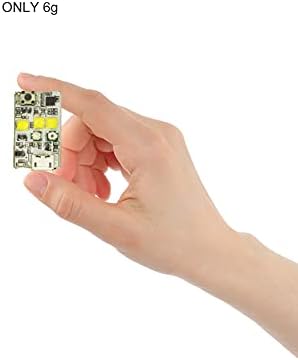 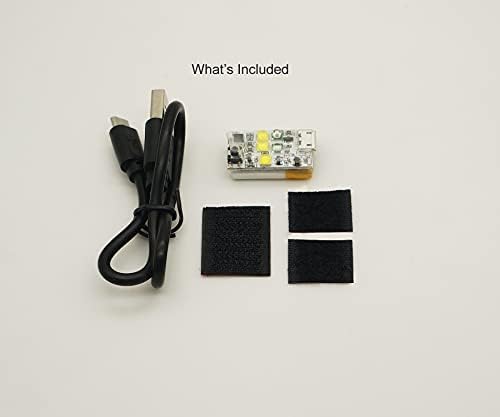 Why choose VIFLY Strobe instead of other drone strobe lights?

VIFLY Strobe is super bright that can be easily seen at night from 3 miles away. It weighs only 5.9g that almost no impact on your drone flying, most of other competitors are more than 10g. VIFLY Strobe is less than half the cost of the other strobe lights, you can attach one on the top to flash white as the anti-collision light, bundle two at the leg to flash green and red as the position light.

VIFLY Strobe installs 5*3W Hi-intensity LEDs, three white LEDs, one red LED and one green LED. It can be easily seen at night from 3 miles away that meets the FAA night flying rules.

Three LEDs to flash white light, one LED to flash red and one LED to flash green. White LEDs are the brightest that can be used as the anti-collision light, the red and green LED can work as indication light.

There are 3 modes for each color, slow flash, quick flash and constant on. You can easily switch the modes via the button on VIFLY drone strobe light.

VIFLY Strobe weighs only 6 grams that almost no impact to your drone’s weight and flight time. To keep the Strobe as lightweight and powerful as possible, we use the 160mAh battery that can last at least 4 hours in strobe mode on a single charge.

Due to the tiny size and light weight, you can easily install VIFLY strobe on your drones like mounting it on the top/bottom or bundling it at the leg with the 3M dual lock in the package.

Step 1: Stick one 3M dual lock on the strobe light

Step 2: Stick the other 3M dual lock on the drone

Super Bright: VIFLY Strobe installs 5*3W Hi-intensity LEDs which provide the greatest range available for a mini strobe. 3+ Miles visibility that meets the FAA rules for night flying.
Super Light-weight: Weighs only 6 grams that almost no impact to your drone’s weight and flight time.
Fits All Drones: Compact size and light weight makes VIFLY Strobe easily installed on any drones like DJI Mavic Mini 2, Air 2s, etc.
Super Easy Installation: With the 3M dual lock in the package, you can easily install VIFLY strobe on your drones like mounting it on the top/bottom or bundling it at the leg of your drone.
Long Working Time: Built-in 160mAh battery provides run-time up to 4 hours, according to indicator you can recharge your drone strobe at any time.

There are no reviews yet.

Added to wishlistRemoved from wishlist 0
Add to compare

Added to wishlistRemoved from wishlist 0
Add to compare
$849.00